No, not the television show—the San Diego neighborhood on the southeastern edge of Balboa Park.

South Park isn’t perhaps as well-known as its bigger brother, North Park, or its cousin, Hillcrest, but don’t let that stop you from visiting this charming, eclectic neighborhood with a true community feel to it.

The heart of South Park is along 30th and Fern Streets, bordered on the north by Kalmia Street and on the south by Beech Street. It’s not quite a mile long, but there’s plenty packed into that mile. You’ll find boutique shops, plenty of restaurants spanning a variety of cuisines, a few neighborhood watering holes, salons, and even tattoo shops.

Each year, South Park hosts its quarterly Walkabout, where you can get to know some of the businesses and enjoy some special deals and entertainment. The Walkabouts scheduled for 2016 are 6–10 p.m. on 9 July, 8 October, and 3 December.

I spent a Sunday afternoon strolling up Fern Street, stopping in several of the shops and exploring what they had to offer. The shopkeepers were friendly and engaging, chatting with me as though we had known each other for years. Several of the restaurants looked enticing, but my willpower kicked in and I resisted. I had already had my “splurge” for the week and didn’t want to overdo it. (I’ve lost 85 lbs. over the last 17 months and don’t want to reverse that by doing “research” for this website!)

The tree-lined streets and delightful craftsman style homes give you a real sense of the history behind this neighborhood—it’s been around since 1905. You can go on home and neighborhood tours during their Old House Fair held 10 a.m.–4 p.m., 18 June 2016.

I’ll definitely spend more time there. Perhaps for my next “splurge,” I’ll stop at Eclipse Chocolate or Station Tavern. Or both. Then I’ll walk the 18 miles home.

Explore South Park but, shhh…  Keep it to yourself. If too many people find out about it, it may lose its Gemütlichkeit. (Gemütlichkeit is the perfect word to describe the feel of South Park.)

Tips: Most of the parking is street parking in the neighborhood, so finding a spot to park will be challenging.  An alternative would be to take the #2 SDMTS Bus that runs from downtown through South Park to North Park along 30th Street. Wear good walking shoes and watch out for the sidewalks—tree roots caused the concrete to shift making for uneven surfaces and trip hazards. 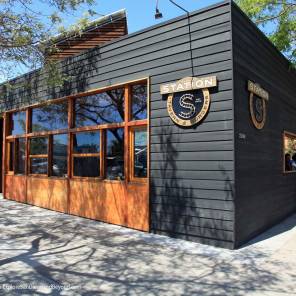 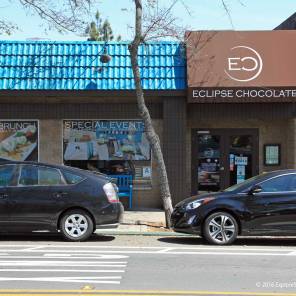 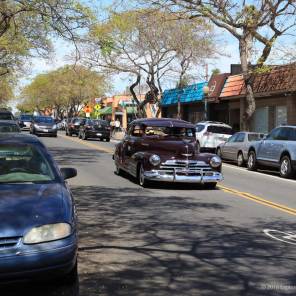 Welcome to "Explore San Diego and Beyond," a website featuring my perspective on many of the things that I love about San Diego and the surrounding region.

Each article includes a narrative overview section, a "What You Need to Know" section, and a photo gallery.

Be sure to subscribe so you don't miss a post, and feel free to send me your feedback—the good and the bad. Explore away!