A great way to learn about the world around us is to pay a visit to the House of Pacific Relations International Cottages in the heart of Balboa Park.

The House of Pacific Relations (HPR) got its start during the 1935 California Pacific International Exhibition, and “was conceived during the darkest days leading up to World War II as a way to foster pacific (as in “peaceful”) relations among the many splintered ethnic groups during the 1930s” according to its website. Today, there are 34 countries from across the globe represented in the HPR.

The cottages are situated just to the west of the Spreckels Organ Pavilion in a compact cluster that makes it easy to visit as many of them as you like. Many of the cottages are small, with rooms on a par with (or smaller than) rooms in your own house. This makes for a cozy, intimate feeling, as if you really could be visiting someone’s home, but it can also mean that capacity is an issue in some of the smaller rooms. Patience is can be a virtue on busy days.

Volunteers—many of them natives of the countries they represent—staff each of the houses and, without exception, are friendly and willing to educate you about their culture. You may even pick up a few words in a new language—Kiitos is Finnish for “thank you.” They often serve snacks from their home countries so you can let your taste buds travel the world. Donations are accepted to help defray the costs. The House of Ireland often has folk musicians playing in its small living room, and there are various cultural programs held at 2 p.m. on Sundays beginning in March through November. (There are other occasional programs throughout the year. Check their website for the latest updates.)

If you ever wanted to go on an around-the-world trip, you can get a start if you explore the House of Pacific Relations International Cottages in Balboa Park.

Cost: Free, but donations by each cottage accepted.

Tips: Parking on Sunday afternoons is a challenge in Balboa Park, so be prepared to walk some distance from your car or take the free shuttle service from one of the more remote parking lots, such as the one at Inspiration Point. Restrooms are nearby. You may want to time your visit to coincide with the free organ concert 2–3 p.m. every Sunday afternoon at the Spreckels Organ Pavilion, either arriving before or after the concert (the organ pavilion is just steps away across the street). 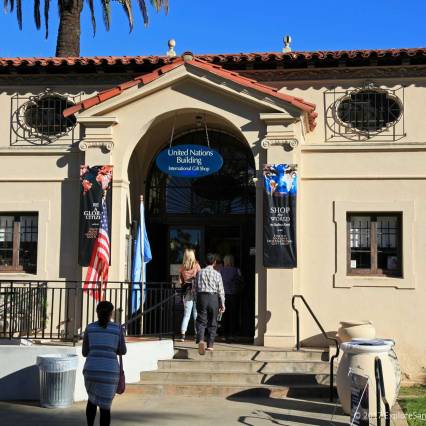 Houses of France, Philippines, and Israel 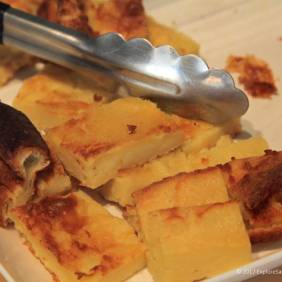 House of Finland salmon spread on baguette with cucumbers 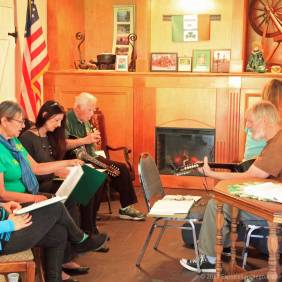 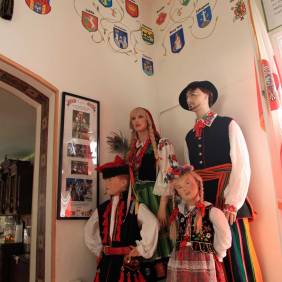 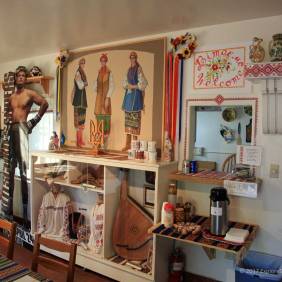 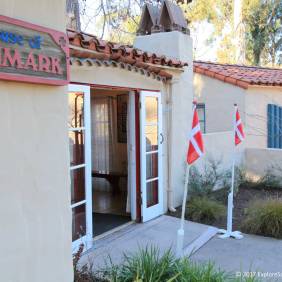 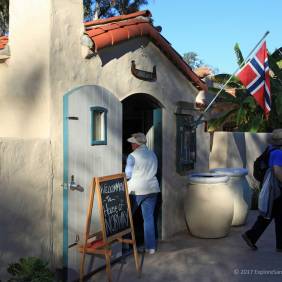 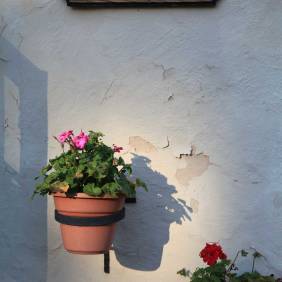 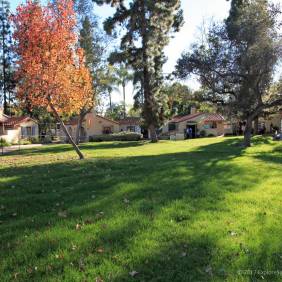